I am pretty lucky that both my little people are pretty good eaters. Sienna hasn't always been this way though in fact she was a bit a of a nightmare. I went with the 'theres your dinner eat it or don't i'm not bothered but there will be nothing else' approach and to be fair it worked! She will generally eat most things i give her now. Tate however, well he will just eat until theres nothing left in the world and the only thing he doesn't like is strawberries.

I have always tried to give my kids a balanced diet, i'm not super strict they are allowed sweets etc we adopt the everything in moderation policy, but i am always super worried about lack of iron!

One in eight toddlers in the UK is anaemic, and to be honest this doesn't really surprise me knowing how difficult it can be to get your kids to eat!

As you already know me and Jade are on a health kick at the moment and i have been making green smoothies for breakfast. Sienna kept asking if she could have some so i gave her some and she literally couldn't get enough! The best thing is, is that its packed with spinach (which you can't taste because of the bananas and strawberries in there) and she has no clue! Sienna is a good eater but theres no way she would sit and eat a plate of spinach. I thought wow this is such a good way to get secret veg in her and top up her iron with the spinach! 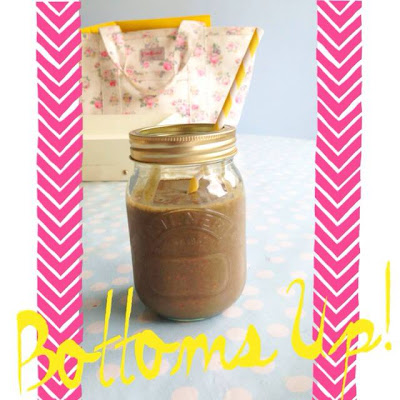 I bung in anything we have in the fridge really but usually its 1 banana, handful of strawberries, handful of raspberries, big handful of spinach, 2 sticks of celery, handful of kale some milk and then blitz it all in the blender till smooth.

The best thing about this is that she thinks its a special treat too! Im happy she's getting lots of vitamins and iron and she's happy she thinks she has a treat!

Its a win win!

Hope this helps some other food stressed mummy's!