Wow i've just finished reading "One Perfect Summer" by Paige Toon and once again she has written such a good book!!! 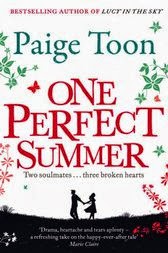 I feel like i barely have the time to think at the moment - zero spare time - but i started this book on Friday and i literally couldn't put it down!!

I found the time to read it in 4 days!! Every spare child free moment i was in this magical love story!

If you like chick lit love stories that are easy reads and enthralling then you need to read all of Paige Toons! I've read them all except "The Longest Holiday" which i started yesterday. 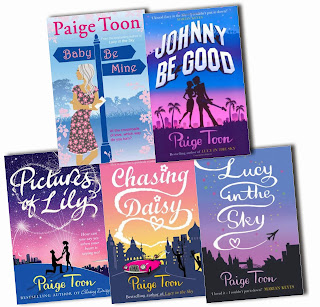 From 2014 I will be releasing TWO books a year: my usual chick-lit in May (Thirteen Weddings), and a brand new series of Young Adult books about fifteen-year-old Jessie, the daughter Johnny Jefferson never knew he had. The first book in the series, The Accidental Life of Jessie Jefferson, is coming in January, but there will be a sneak peek of the first chapter at the end of Johnny's Girl. Can't wait to hear what you think!

My next chick-lit book (out in May 2014) is about a wedding photographer who falls in love with a groom. The star is Bronte, who you first heard about in Pictures of Lily (she was the editorial assistant Lily covered for when she worked at Marbles magazine in Sydney). So expect plenty of Ben and Lily updates!


Happy Reading! I hope you enjoy if you order!