Hey everyone! A big massive thank you to my lovely jade for doing my last 2 days posts for me I've been so super busy i have barely had time to even wash! (i have though i promise).

So today i'm going to share with you Jamie Olivers get ahead christmas gravy! We had this the year before last with our christmas dinner and it was delicious and...... (don't fall of your chair people that know my husband)... Chris made it!! Chris doesn't cook, he can do bacon sarnies and normal sarnies but thats about it so for him to make a contribution to the Christmas dinner was like a life altering moment!


He Watched Jamie make it on the tv programme he did and he said he really wanted to do it so he did and it was lovely! And the best thing about it is you can make it up ahead of time and freeze it so its one less job on the big day!

Here's the recipe hope you like it, have a lovely Saturday! 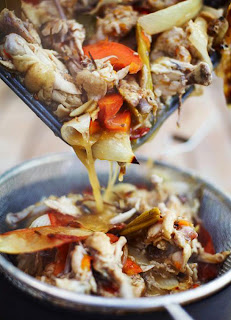